Many of our states were named through an indigenous language back in the early discovery of North America, and we've got each state's name translation here!

Expedia put some research into this one, even putting a cool U.S. map together that showcases each state, including Canada! They were kind enough to even put the source of each state's literal translation in their story as well.

For instance, the translation of "Minnesota" is: 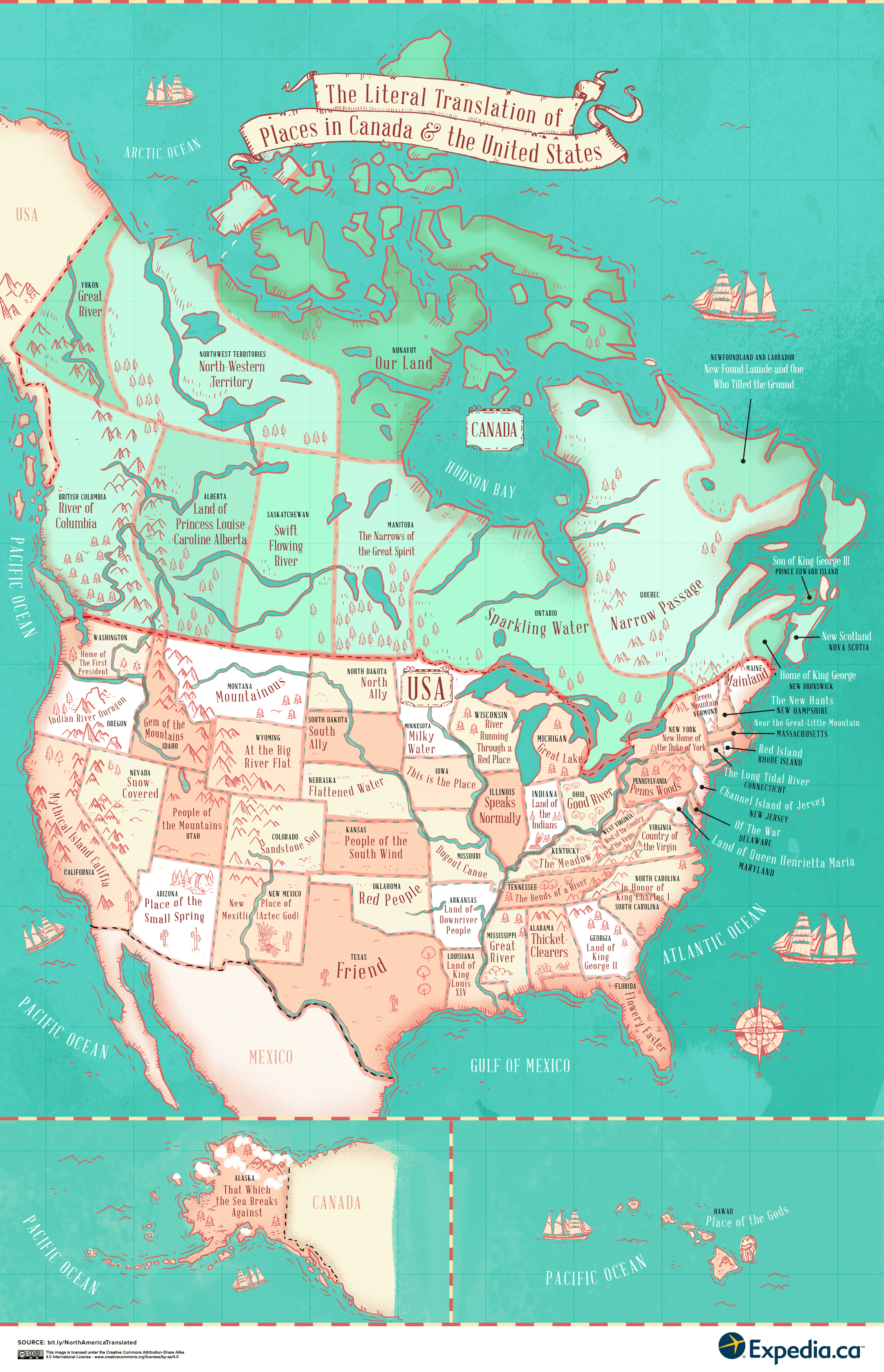 The Literal Translation of Places in Canada & the United States, courtesy of Expedia.ca

I got a kick out of the translations of some of our neighbors...

The one I thought was spot-on was Arkansas, "the land of downriver people", which I thought was a great way of calling them "hillbilly swamp folks"!